On April 20, Apple announced the most advanced and powerful iPad Pro 2021 ever, helping to push the limits previously existing on the iPad to be pushed back. The addition of a new Apple-designed M1 chip brings a huge leap in performance, makes the 2021 iPad Pro is the fastest tablet device in the Apple tablet family.

AR (Augmented Reality) helps us simulate virtual objects through the camera of a phone, tablet, etc., and humans can completely interact with that virtual object in a real environment.

AR technology transforms the way you work, learn, play, shop, and connect with the world around you. It's the perfect way to visualize the impossible or unseen right before your eyes.

Apple has the largest AR platform in the world, with hundreds of millions of AR-enabled devices, as well as thousands of AR apps on the App Store. And since Apple's hardware and software were designed from the ground up for AR, it's also the best AR experience tool.

Hardware and software designed for AR

Support for AR is built directly into the iOS and iPadOS operating systems, so you can experience AR not only from one app, but also in other apps like Safari, Mail, Messages, File,..... or with AR Quick Look.

Use iPad Pro 2021 for exciting experiences from AR technology

iPad Pro 2021 is considered the best tablet on the market, so it should come as no surprise that this new iPad knocks the previous experience of a tablet out of the usual frameworks before.

The interest from app/game developers is partly due to the hardware, which is the iPad Pro 2021's LIDAR scanner (light detection and assessment) that makes AR apps work much more accurately. For example, measuring the distance between walls or floor-to-ceiling of buildings or the interior distance of buildings becomes much more accurate when when using the new generation iPad with LIDAR compared to similar apps on Android phones.

There are many great AR apps in Apple's AppStore that make good use of real-world environments, such as AR Animals and Angry Birds. In a coworking space with lots of stuff around, the iPad Pro 2021 has no problem displaying virtual objects on the surrounding table and chairs. 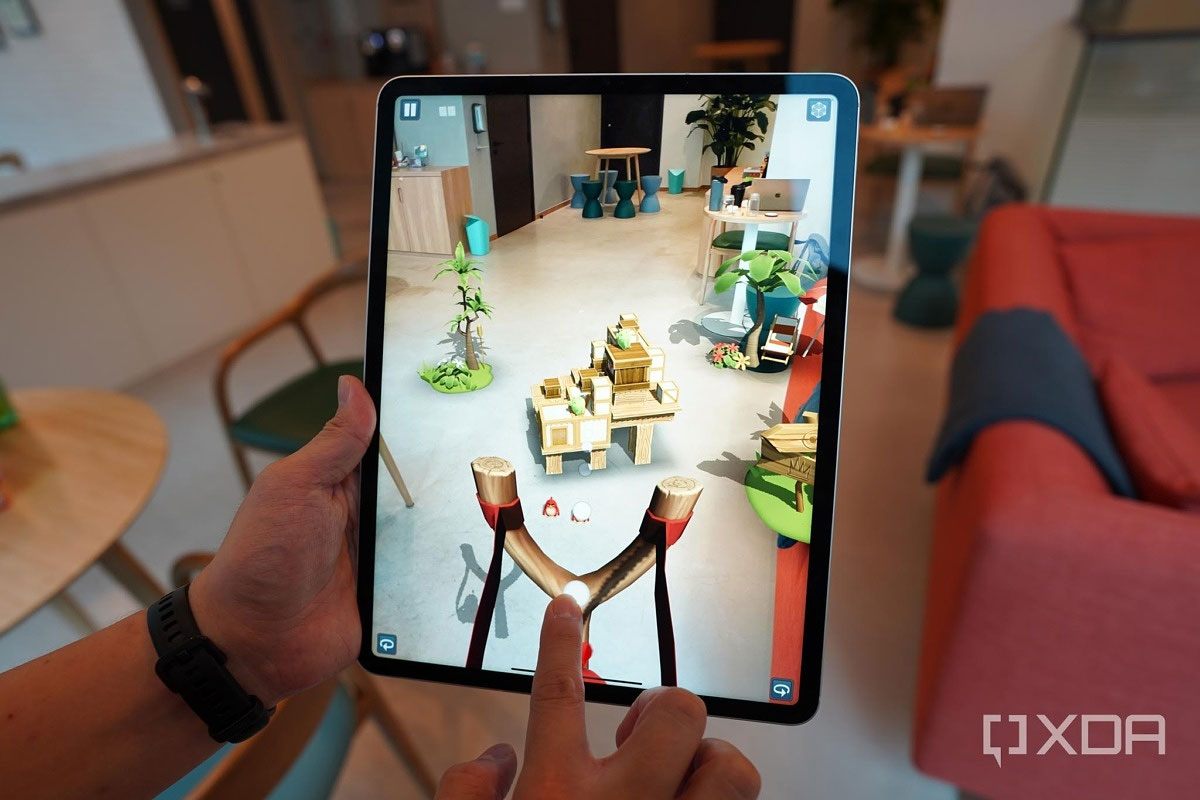 Augmented reality technology is considered as one of the leading technologies in the future. When the world's giant technology giants like Google and Apple are still constantly investing and racing against each other in the technology field that brings these exciting experiences.

AR technology applications have been coming into real life. This technology is forecasted to be increasingly developed in many areas of life, towards a market with great potential.

Statistics portal Statista (Germany) estimates the value of the AR market to be 18 billion USD in 2023, while Markets and Markets - a market research company, forecasts that the market will continue to grow strongly year-on-year. The market value is expected to reach $72.7 billion by 2024.

I'm Khang, Co-founder of Marvy Co. Our company is one of the first and the biggest AR/VR developer in Vietnam. With years of experience in developing AR effects, I hope my knowledge can help agencies and brands understand more about AR and how to use it to boost your marketing campaigns.

AN OVERVIEW ON AUGMENTED REALITY TECHNOLOGY

How can your marketing strategy use AR Filters ?

AR Face Filter - the new race of Brand and Marketers